This post is going to be talking about using the csurf CSRF library with Express.

More specifically, it is going to be talking about approaches for selectively applying CSRF protection to only certain routes, and how to dynamically extract the generated token during a request without enforcing CSRF for that request. I’ll start with the approaches that don’t allow for token extraction in non-protected routes, before getting to those that do.

Starting with the approach recommended by the official docs, one way to disable CSRF protection on a subset of routes is to use a separate Express Router and mount it to the main app / express instance before attaching the CSRF middleware.

Again, the docs have a full code example, but a quick rundown:

Note: With this approach, the non-protected routes do not have access to req.csrfToken().

Often, the CSRF middleware is applied by passing it very early on to the global express instance. Something like:

However, you can also pass middleware as an argument to each route, instead of at the app level. This lets you apply it to only some routes:

Note: The unprotected routes do not have access to req.csrfToken(), similar to the separate router instance approach. Theoretically, you could however combine this approach with two separate csurf instances (like this user) – one that ignores all methods and one that doesn’t – and use the ignoring one in routes where you want to extract the token, but not enforce it.

Since Express allows you to create your own middleware without much setup, it is relatively pain-free to create a “wrapper” middleware that only calls the csurf middleware when you want it to, otherwise just passing the request along.

The default value for the ignoreMethods option is ['GET', 'HEAD', 'OPTIONS'], which, as you might have guessed, actually means that CSRF is not enforced for any of those request types.

So, unless you have modified this option, you can actually use any GET route without CSRF tokens being checked. The token is still generated during these requests and accessible via req.csrfToken() – in fact, that is how you are supposed to pass the token to the front-end in the first place; your GET route passes the token to a view, which embeds it into the page (usually via hidden meta or input tags).

Hooking Into Next and Ignoring Errors

This method is one that I realized could be used, but didn’t find in most code examples.

However, we can also manually call the middleware, even inside of our own middleware. And, if we pass our own function as the next argument, we can intercept the result from the csurf middleware, choosing to ignore or rethrow errors it generates while checking tokens.

By combining this idea with the wrapper middleware approach, we have a way where we can run the CSRF middleware for every request, which means all requests will have tokens via req.csrfToken(), but ignore the checking of tokens when we want to.

Here it is in action:

📄 According to the docs, you can rely on ‘EBADCSRFTOKEN’ to be the error code. 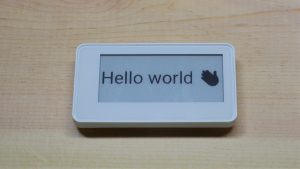 Resources and information about the WaveShare line of NFC-Powered Passive E-Ink / E-Paper modules, complete with teardown pictures and some… 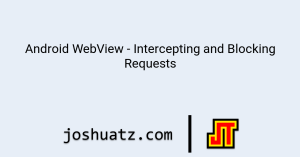 How to use WebViewClient with Android WebView to hook into network requests, intercept them, and block or modify them if…